Okay, so not actually James Bond's cameras but take a look at the fantastic miniature 'spy' cameras in the Winters / Cameron collection!

The largest of the cameras above is the VP Twin camera, origianlly launched in 1935 and relaunched in 1952. It was manufactured by W. Elliott Ltd in Birmingham, UK; and its body is made of Bakelite. It took 127 film producing sixteen 5/8" x 1¼" exposures. Small enough to fit in a top pocket!
The next size up on the image above, is the Sida Geesellschaft fur photographische Apparate m.b.H., Berlin, Germany. It shot 25x25mm images onto paper-backed 32mm "Sida" rollfilm. 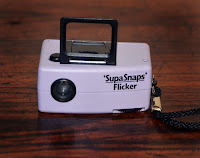 The Supasnaps Flicker was a 6cm miniature camera dating from the 1980's. Made of injection moulded
polystyrene that took a 110 cartridge film it was suitable for keeping on a keyring and was part of the modern generation of pocket cameras that took over from subminiatures.

We've saved the best 'til last; The Mycro IIIA subminiature was last in the Mycro line and was produced in Japan for export only. You can see just how small it was here against a 50 pence piece. It used 17.5mm paper backed rollfilm with early versions producing 10×14mm exposures and later ones producing a sqiare 14×14mm exposure. The camera came with a leather case, and has a cable release attachment.

We think everyone should have one!

As part of its working history, Winters has accumulated a collection of field and studio cameras which we display to visitors during open days and private tours. Alongside these we are now delighted to host 'The Cameron Collection'. 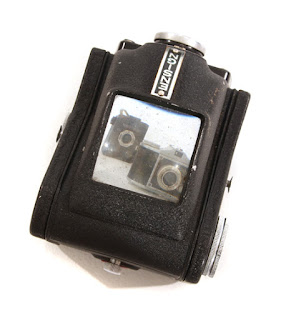 Cameron, a Nottingham amateur photographer who used the cameras to illustrate talks to youth groups about photography. Following his death in 2009 the collection was taken over by Jackie Blackwell, his great niece who had worked in the industry for a number of years. The collection has recently been maintained by Jackie's parents Geoff (Treasurer of the Royal Photographic Society) and Hazel Blackwell and enhanced by purchases and donations.
Additions to the collection have been received from Bromley House, Nottingham, from items surplus to their own needs. Bromley House contained the first professional photographic studio in the East Midlands from 1841.
The collection also includes a number of direct donations from photographers in the Derby area.


The Development of Camera Technology

Together the exhibitions showcase the development of camera technology from the earliest long exposure studio cameras to smaller more mobile plate cameras, and upto and including the invention of digital photography. We will be blogging here about some of the examples on display here at W. W. Winter. 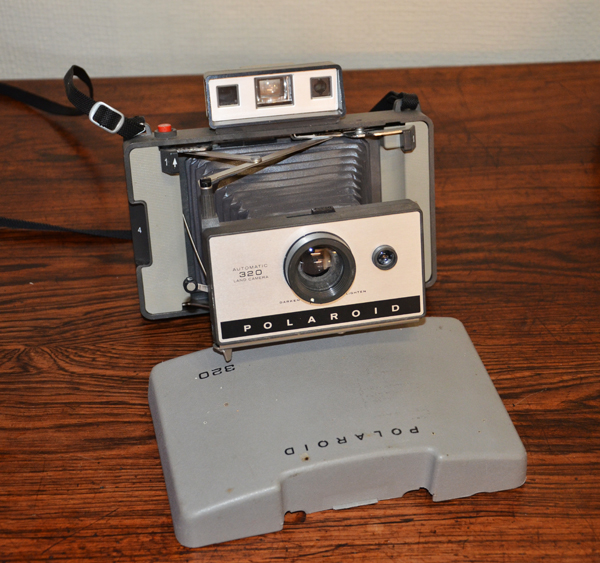 The Polaroid 320 Land Camera was manufactured from 1969-1971. It featured folding bellows, automatic exposure (with an external 'Electric Eye' lightmeter beside the lens), and was desinged for the Polaroid 100-series Packfilm. 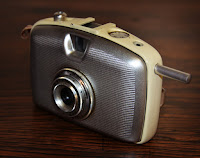 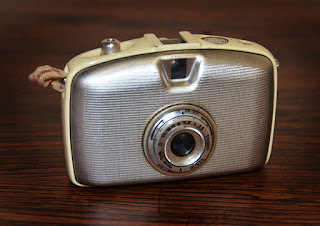 The Pentacon Penti was a stylish little camera introduced in 1959 by Welta, a camera maker based in Freital near Dresden in East Germany. Using a 35mm film it takes half frame images (18x24mm). On the right hand side image you can see the film advance rod. Instead of winding the film on, pressing the rod would wind on, and then pop out again as the shutter was released.

Next blog coming soon... miniature camera in the Cameron Collection!
Posted by Unknown at 06:45 No comments: