This weeks find in old an Ilford Film box are some broken glass negs. We have jigsawed them back together to take a look and have found two sets of matching photographs and drawings.
Whilst photographs were being printed in the late 19th century, photographic images were not reproduced in the printing industry until later. Therefore to get images produced for publicity, sketches were made from photographs of the building as seen below right.

The above photograph must be dated after 1877, as this was the lauch year of Lincrusta which can be seen on the walls. 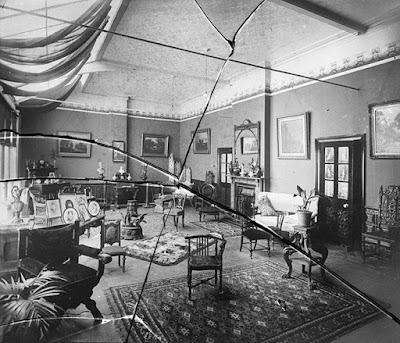 The next set of images are of the showroom downstairs. 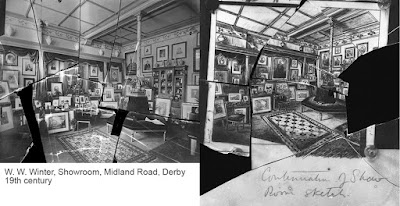 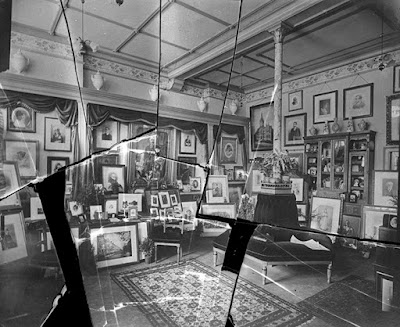 In this enlarged version, you can see that the showroom is filled with portrait photographs and the odd building and lanscape.

The last sketch is of the shopfront on Midland Road. The details is fabulous - each brick has been drawn! 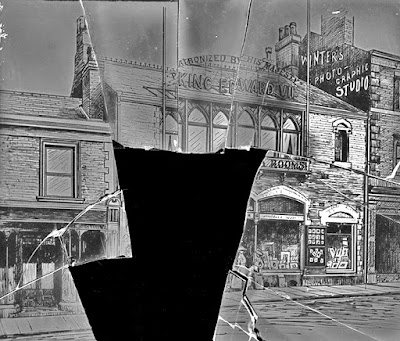 Sadly there is a large section missing but as more than one negative tended to be made we are hopeful that a more complete one will turn up!

Add to Anti-Banner
Posted by Unknown at 05:41 No comments:

We've had a lovely treat this week looking through a nineteenth century photo album owned by one of our volunteers. These beautiful bound albums were designed to hold carte de visite and the larger sized cabinet cards. 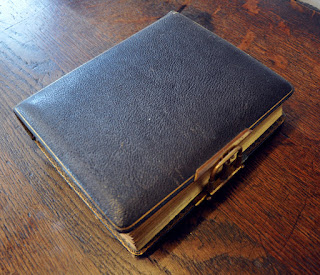 This one may have been owned by the Derbyshire branch of a family as it contains original Winter photographs as well as images from studios in Nottingham, London and Sheffield. 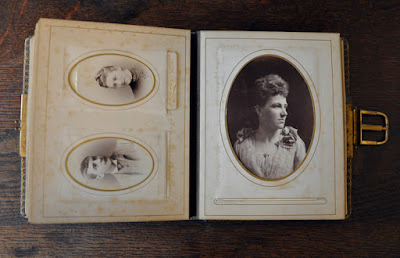 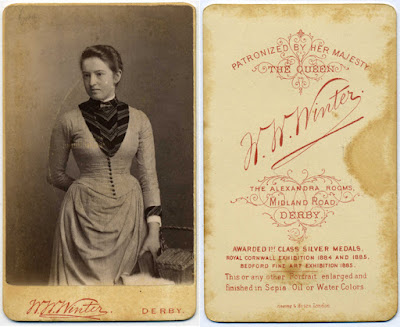 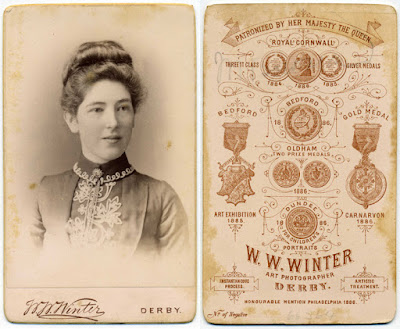 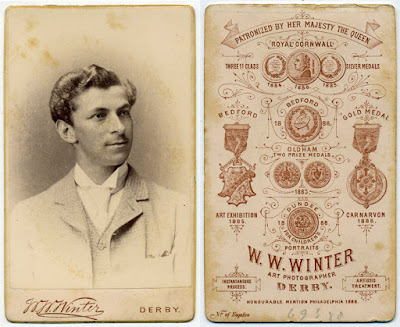 The top carte de visite is most likely the oldest as it mentions medals won by Winter in 1884 and 1885, whereas the lower two include medals from 1886. The lower two also have neg numbers on them - 66364 and 69588 respectively.
A slightly later image, which must be post 1889 based on the medal dates, has another interesting feature or two: 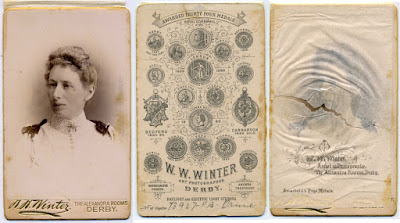 This photograph has a printed cover which includes the declaration 'Awarded 24 Medals' - a lovely piece of marketing! The reverse of the print has the negative number 73927, followed by the letters 'PB' and the name 'Orme'. Is this the Orme family album; and are there still Ormes in Derby?
If you are a Derby based Orme let us know if there is a family resemblance!