Look what we found this week!
A new old camera in our collection - an Iloca Stereo-Rapid.
Iloca produced cameras between 1948 and 1960 and the Stereo-Rapid (also known as Stereograms) came around from 1955. 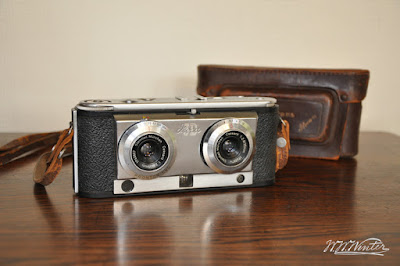 On the front of the camera you can see 3D engraved into the metal. These wonderful cameras produced two images simultaneously which when viewed together created a 3D effect. The camera was used at Winters during weddings especially for the 'confetti shot'.
We haven't come across any stereoscopic prints yet but there is a current trend to turn stereoscopic images in to GIF files (images that move, like a short video). Here is a great example we found on mentalfloss.com

Is shows you the 3D effect achieved from having the same image taken from fractionally different angles via the two seperate lenses on the camera. 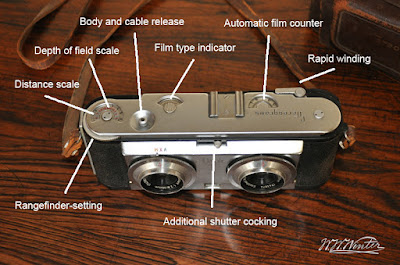 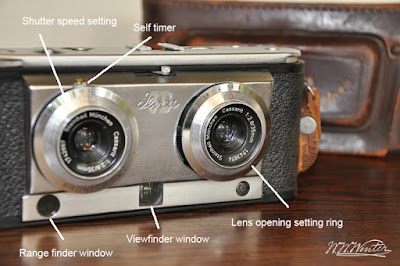 We also found a copy of the manual online, so know we have relearned how to use it we might just have to have a go! It will be on display with our other cameras for Heritage Open Days 2016.